Embracing the Darkness: The Importance of Gothic in the Teaching of Literature 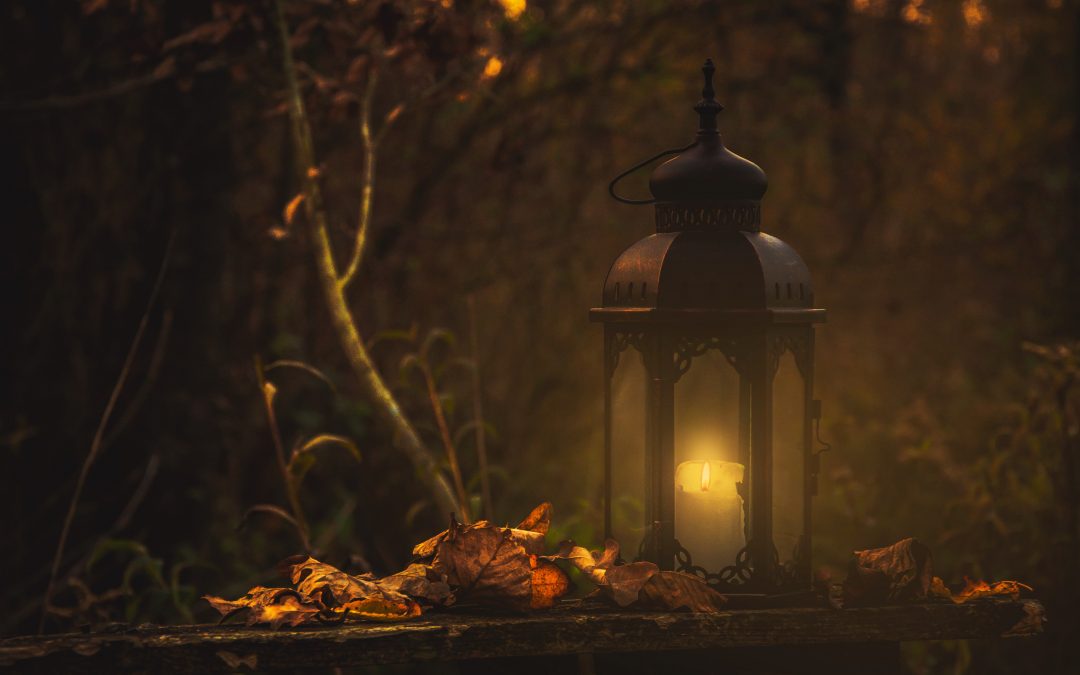 Zoe Enser was an English Teacher in Essex and East Sussex, with over 20 years’ experience in the classroom. Over this time, she was also a middle leader, leading her subject, and a senior leader exploring pedagogy and staff development across the whole school. Zoe is currently working as an English Advisor across Kent with The Education People. She is also the holder of an MA in English Literature from the Open University, specialising in Shakespeare in her thesis, and has just embarked on her second masters course focusing on the Victorian Gothic, a subject she is passionately interested in.

It [. . .] belongs to all that is terrible—to all that arouses dread and creeping horror; it is equally certain, too, that the word is not always used in a clearly definable sense, so that it tends to coincide with whatever excites dread.

Family secrets, ghosts, castles, dungeons, villains and terror. These are some of the most recognisable elements of the Gothic genre, a genre which has been influential and pervasive throughout our literary history. It is also a genre likely to be with us for many years to come, with the success The Woman in Black, Buffy the Vampire Slayer or The House on the Haunted Hill continuing to reinvigorate the genre for new audiences. The genre has an almost unique ability to integrate into some of the most unexpected places, once again ensuring its indomitability. It has also provided a vehicle for writers to explore considerations of sexuality, repression, politics, race and a myriad of other anxieties of their society.  The gothic, quite literally, haunts the pages of many of the texts we consume. But what is the gothic and how can we teach it effectively in our classrooms?

What is ‘the gothic’?

The origins of the literary gothic form are often attributed to something of an elaborate joke-Horace Walpole’s sensational novel The Castle of Otranto. Subsequently it has often been dismissed as insubstantial, compounded by the idea it was written and read by, women. Austen mocks the genre in her novel Northanger Abbey and pulp classics like Vardy the Vampire added to its less than serious reputation. But the origins of gothic reside in a place deeper than in the pages of a novel or the lines of a poem.

Gothic architecture, with its archetypical structures and grotesque gargoyles, loom above the streets of some of our major cities and stalk the canvas on the walls of some of our most eminent art galleries. It is impossible to escape because it is enmeshed within our very psyches.

It is characterised, as Freud says above in his paper on the Uncanny, by a ‘creeping horror’ and that which ‘excites dread’ within our hearts and minds. It is the combination of childhood nightmares and adult pleasures. The phrase ‘excites dread’ is particularly interesting and in it resonates the duality which exists within us, the theme of much of our literature.  It is this conflict of emotions which calls on us to fascinate over gothic idea repeatedly, unable to resist the very things we fear or are repulsed by. If we consider Edmund Burke’s idea of the Sublime, we again see this connection between awe, terror, beauty and wonder, captured so beautifully in Worsdworth’s Extract from the Prologue. We love the sensation of our pulse racing as we marvel and tremble at our deepest terrors and wonders.

The sensation the gothic excites is where I begin my exploration of the genre in the classroom, encouraging students to reflect on those sensations and why so many of us seek this out. The universality of this experience is an effective hook. André Breton, when speaking of Ann Radcliffe’s gothic work, saw her writing as a ‘work of art’ which ‘gives us back the freshness of the emotions of childhood.’ The fear which enraptures us as we are hiding beneath the duvet, imagining all sorts of secrets and horrors lurking within the darkness, is a once terrible, thrilling and familiar.

The gothic elicits this in many ways, drawing on familiar tropes in order to tap into our deepest terrors. They utilize mysterious and often labyrinthine settings, the supernatural, including strange omens and portents, heightening the sense of unreality, while villains stalk innocent victims through these dark chasms. There are usually familial secrets and mysteries, sometimes of the sexual kind, with illegitimacy, wanton desire and incest inciting both repulsion and excitement. Madness and imprisonment are also reoccurring themes in the texts.

Often the language is the language of dreamscapes. It breathes sinister life into the most ordinary and everyday objects and locations as in The Yellow Wallpaper:

I used to lie awake as a child and get more entertainment and terror out of blank walls and plain furniture than most children could find in a toy-store. I remember what a kindly wink the knobs of our big old bureau used to have, and there was one chair that always seemed like a strong friend.

This is a device Dickens also uses. In Great Expectations it is used to almost comical effect near the start as Pip sees his own guilt reflected in the landscape as he stumbles through the fog:

The mist was heavier yet when I got out upon the marshes, so that instead of my running at everything, everything seemed to run at me.

Place is perhaps the most significant aspect of the genre. Susan Hill captures this perfectly in The Woman in Black:

They told of dripping stone walls in uninhabited castles and of ivy-clad monastery ruins by moonlight, of locked inner rooms and secret dungeons, dank charnel houses and overgrown graveyards, of footsteps creaking upon staircases and fingers tapping at casements, of howlings and shriekings, groanings and scuttlings and the clanking of chains, of hooded monks and headless horseman, swirling mists and sudden winds, insubstantial spectres and sheeted creatures, vampires and bloodhounds, bats and rats and spiders, of men found at dawn and women turned white-haired and raving lunatic, and of vanished corpses and curses upon heirs.

The essence of the gothic and all the fears and thrills it brings.

I teach the gothic as I feel I have no choice; we can’t escape it. Before students even arrive to Year 7 they will have encountered the gothic in some of their texts. Neil Gaiman’s The Graveyard book is a popular text with Year 6 students and schools, and Lemony Snickett’s tales of evil uncles and disinherited orphans, will be adorning many a bookshelf. Darren Shan is another popular choice with audiences at both Key Stage 2 and 3, with vampires, werewolves and other strange creatures of the night adding to the excitement. Even Roald Dahl understood the power to thrill and terrify with some of his grotesque creations. Children and adults alike love it.

The texts that appear on the GCSE syllabus highlight the influence of the gothic too. Despite predating Walpole’s seminal work, Macbeth is a text immersed in the supernatural, nightmares, paranoia and madness. Jane Eyre, A Christmas Carol, Great Expectations, Jekyll and Hyde, Frankenstein and Sherlock Holmes are all bejewelled with elements of the genre, despite not necessarily being ‘gothic’ texts. However, writers, especially those with the Victorian passion for the sensational tales, were quick to employ the features of the gothic to enrich their stories and thrill their readers.

If some of our most well-know and well-loved writers have embraced or parodied the gothic, what might our students be missing out on if we don’t teach it? Much as with the arguments for the inclusion of classical and biblical allusion in our curriculum, a good understanding of the gothic can enrich students’ appreciation of authorial intent and audience reception. Even more importantly perhaps, they are exciting and compelling tales which students will love to explore. We want students to enjoy what they are studying.

How to teach it well

The very nature of the gothic makes it a difficult genre to teach effectively. On the one hand the genre has some clearly definable elements, as identified above, and it is highly prevalent. However, the form itself is ephemeral, shifting and transient much like Dickens’ description of the ghost of Christmas Past. Julian Wolfrey in his preface to Victorian Gothic, argues that the very form is one which aims to evade limitations and ‘the gothic becomes truly haunting in that it can never be pinned down by a single identity’, whilst at the same time it ‘returns through various apparitions and manifestations, seemingly everywhere. To return again to the Freud, the familiarity of the genre, a key aspect at the heart of the Uncanny, can lead students to believing they have grasped the fundamentals of the gothic but are instead harbouring misconceptions and false understanding.

Whilst there are elements of ‘horror’ in the genre, the gothic is not simply horror and vice versa. Students can easily mistake the creeping unease of the uncanny, with use the quick shock horror present in the latest slasher flick.  It is important for them to understand fully this distinction in order to understand the genre and it is not easy when the gothic insists on resisting definitions as it reinvents itself. This elusive and intangible quality makes it not only hard for students to grasp, but for teachers too.

To combat this, I begin my teaching sequence by exposing students to as many texts as possible which exemplify the conventions most clearly. I concentrate on extracts from Walpole and Anne Radcliffe, which purely capture the ideas, prior to examining more complex examples where multiple genres are at play, as illustrated by Conan Doyle. I also use texts like H.G. Wells’ ‘The Red Room’, which, despite its unconventional ending, give us the distorted characters, labyrinthine passageways and sentient shadows, which are indicative of the genre. I delve deeper with extracts from Dracula, The Woman and White and Jekyll and Hyde to consider how these writers are working both within and alongside elements of the genre.

With so many complexities it is essential to look at ‘non-examples’ too in order clarify what we really mean by the gothic. Provide students extracts and summaries from other genres and identify why these do not fulfil the requirements of a gothic text, even if they do embrace certain elements. This is also effective in developing students’ knowledge of the wider literary world and encouraging them to make comparisons between key works. No genre exists in a vacuum.

Despite its complexities, the gothic can be a wonderful vehicle for exploring creativity too. With its clichéd settings and heightened language, the gothic is a genre which can be fun to emulate and provides rich opportunities to explore the effects of language. What do we enjoy more than seeing a real reaction from an audience that can’t hide their feelings of fear or dread? Again, focusing on both examples and non-examples is useful here, allowing students to craft their writing to align as closely as possible to the traditional style and experimenting to create something new. Reflect together on what works well in the work and what doesn’t work, modelling and sharing a range of their creations. Then sit back watch as they thrill each other with their tales of mystery and imagination. Darkened classrooms add an exciting nuance for the final readings, reminiscent of the infamous Villa Diodati of Shelley fame.

With a genre which is so oft parodied and ‘pastiched’ by some of the greatest names in Literature, the gothic can provide a wonderfully indulgent opportunity to explore our imagination as both reader and writer. Now it is time to see what will make that tantalising feeling of dread and excitement come creeping up your own veins, as you delve deeper into this genre.

Burke, Edmund ‘A Philosophical Exploration in the Sublime and the Beautiful’

Ed. Catherine Spooner and Emma McEvoy ‘The Routledge Companion to The Gothic’